Lest we start off imagining this blog post is about female body parts, let’s nip that in the bud right now. Still here? I’m proud of you. Let’s proceed.

I’ve chosen “THE BOOB” for this installment of Real Original Content because… how could I not? With all the boobs bouncing around in the news these days, it seemed the obvious choice for this post, which continues my examination of mind-blowing business writing from the past.

Boobs aren’t the only reason for my picking this pamphlet. This particular insert from Human Relations in Business contains more eye-popping, “Oh Grandpa” moments than perhaps all 52 pamphlets combined. Hence, it promises to delight the modern reader and drench her monitor in coffee. So grab a towel and let’s go!

And how about that unfortunate typography?

I’m envisioning a couple of “Joes” in an old-timey art department barely holding it together as they paste up that cover. Ha ha ha! Of course, it had to be in ALL CAPS, but did the OOs really need areolas? Grow up, you guys (even though you’re all dead now).

The workplace had better words back then

I wish I could report that the core message in “THE BOOB” inspires and transcends time like the last two blog installments, but that’s not the case. This piece is mostly a strained attempt at irony, stretched over way too many pages. But that’s not why I chose it. I chose it for the wacky words. (The spike in SEO from 12 y.o. boys, well, I’ll just chalk that up.)

Anywho, vocabularily speaking, it just doesn’t get any better than this:

Yeah, that’s straight off the page. Now, anyone under 80 might want to look that phrase up before jumping to more body-part conclusions. But whatever the era or context, you have to admit it’s a hilarious word when you see it print.

The only thing that makes the B word better is the word “prize” in front of it. To me, “prize boner” blows “the boob” right out of the water, because remember, this language is from an employee communications piece, distributed by the Personnel Department. 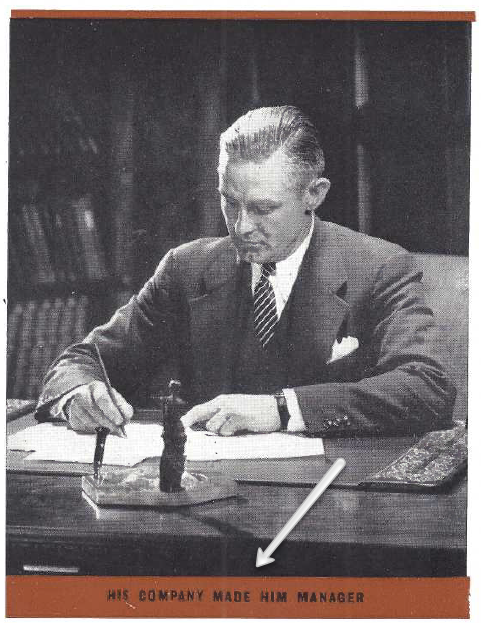 As I said, I didn’t pick this pamphlet for the inspiring story. Even so, it can’t be ignored that in the workplace, so-called “big boobs” are often the ones that stand out.

If you’d like to be notified of new installments of Real Original Content, send us an email here. Future installments will be cleaner.